Get fresh music recommendations delivered to your inbox every Friday.

by Jesse and Forever 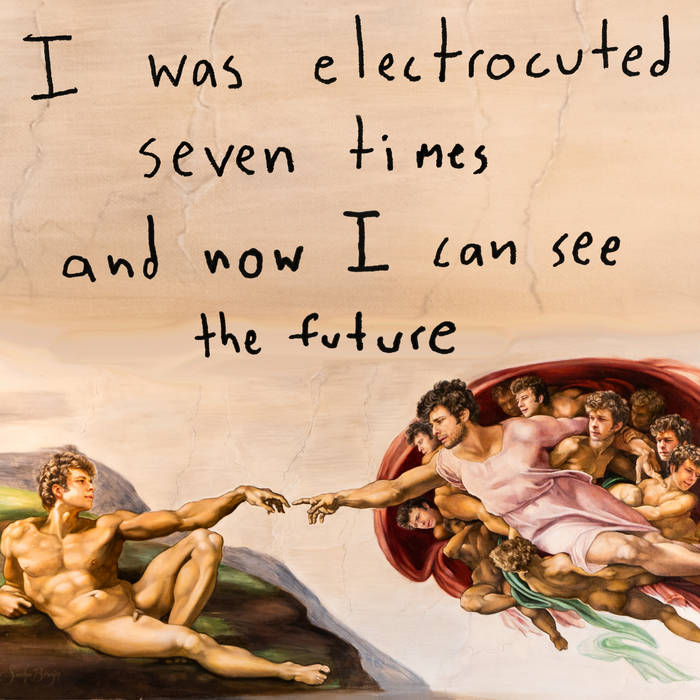 noeboon Thank you for these moments! Favorite track: Victoria.

In March of this year, I decamped Brooklyn and moved upstate to Lake Champlain, where my great aunt and uncle’s old house rests on a bluff above the water. Situated in a tiny hamlet surrounded by farm country, the house is filled with remnants of Uncle Joe and Aunt Peggy’s lives – their library of novels, philosophy and religious texts, classical LPs and paintings, an old upright piano. Here, I feel the weight of city claustrophobia lifted.

In NYC, I had been scraping together a living by teaching after-school music classes to public school children and by playing saxophone every Sunday in a Nigerian evangelical church.

On Champlain, I can play music at any hour, without fear of disturbing the neighbors. I walk down the middle of Main Street at 10 p.m. without passing a soul. My girlfriend Dolly and I have become a part of the small town life, making friends with the proprietors of the several local businesses, coming to know the gossip - who has a grudge against whom, who’s slept with whom, and why a certain house has remained empty for years. With fewer people around, every life in sight becomes magnified.

Now, I’m happy to finally be releasing my second full-length album - I Was Electrocuted Seven Times and Now I Can See the Future. This music was finished more than two years ago, but I held out on releasing it for reasons that now seem irrelevant – my fear that its release would go unnoticed; my hope that in waiting I would find the means to guarantee it an audience. More time passed than I expected. With the world on quarantine pause, I realized it was time to release this album and move on.

I began the project with my friend Nick Hakim in the summer of 2015. Working out of his bedroom studio in Bed-Stuy, we experimented with sounds and layers - embracing the amateur aspects of our instrumental palettes so as to create something that was personal and off-kilter. Nick is a DIY auteur, and from him I learned a lot about recording alchemy and the creativity that can go into production. Even after a song is written, the arrangement and production style can take it into a variety of sonic worlds — we searched for the right ones.

The process stretched over several years as we tracked different versions of each song, and scratched some tunes entirely. While this was happening, Nick and I each moved in and out of various apartments and neighborhoods. Then Nick got busy, and he recommended I finish the project with Michael J Thomas III. Michael is a brilliant producer and multi-instrumentalist, who we both knew from music school in Boston. He worked out of the Velvet Nipple, a cave of a studio with walls lined with red velvet fabric. The studio was set back from a grimy street in Bushwick, below a noisy subway track. With Michael, the chaotically layered productions I had made with Nick were pared down and polished.

Some of the songs date to before 2015. They were composed in a variety of places - Lake Champlain, a balcony overlooking a valley in Minas Gerais, Brazil, the New Mexico desert, a windowless dungeon in Crown Heights.

I lived in that basement for a year. The wiring was faulty and I would frequently get shocked by little jolts of electricity…

The album is a time capsule of inspired moments from my twenties. It’s about lovers and places and changes. It represents my interest in bringing together disparate passions: a variety of genres of music, everything from Milton Nascimento to Debussy and the Beach Boys; Gabriel García Márquez novels and Bill Murray movies…

So much has changed for all of us. Sometimes I listen back to this record, and it feels like a lifetime ago. But I’m proud of it, because the songs are true and so is the effort we put into recording them. I hope you enjoy.

Bandcamp Daily  your guide to the world of Bandcamp

The Hammer and The Relentless from the Boston band Malleus stop by for a chat.